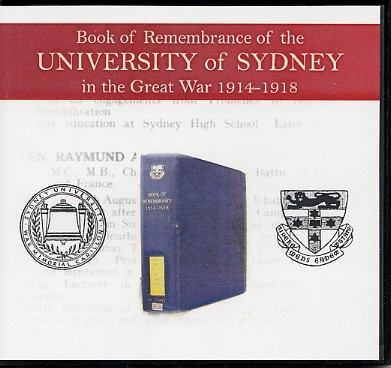 This is a 'Book of Remembrance', not simply a record of those who went abroad on active service in the Great War after becoming members of Sydney University or entering its employment.

It contains a roll of honour, a roll of service, details of associated memorials and information on those associated with the university who worked at home or in munitions. Each roll of service entry contains full name, university qualifications, details of the military regiment, when enlisted and where posted. Extra detail such as other education, member of various associations or later employment is sometimes included.

This large book is a valuable record for those interested in the Australian military in WWI, and who have connections with Sydney University.

ALSO AVAILBALBE AS AN EBOOK:
Book of Remembrance of the University of Sydney in the Great War 1914-1918