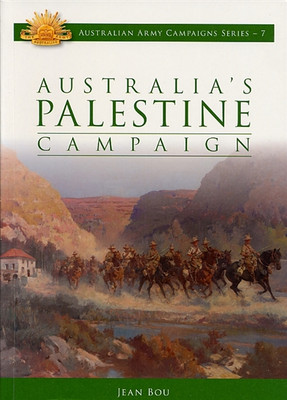 Apart from the battle of Beersheeba, the Palestine Campaign received little attention in Australia compares to Gallipoli and the Western Front. With nearly two mounted divisions engaged against the Ottoman Empire in the Middle East for almost three years the Palestine Campaign was Australia's longest running militarily significant endeavour of the First World War after the Western Front.

In contrast to the years of grinding trench warfare in France and Belgium, the Palestine Campaign was a war of relative movement and manoeuvre. Cavalry, including Australia's light horse, played a prominent role, but it was a hard fought fully modern war, in which the latest military technologies and techniques were all used.