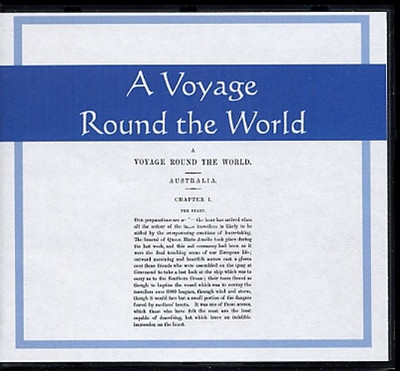 A Voyage Round the World

Written by the Marquis de Beauvoir in 1870, it describes his travels around the world between 1866 and 1868. His journal focuses largely on his time in Australia  he landed in Melbourne and talks of the monument to Burke and the city and its environs, the goldfields, political and social institutions, a sheep-station; the trip to Van Diemens Land, and his impressions of Sydney, Queensland and the Torres Straits.

... As night came on, we landed at the little town of Launceston, where there are about 10,000 inhabitants. But it looked very dull and dead to us after the rather American animation of the wealthy city of Melbourne. And then, too, it is the classic ground of the English convicts; it is only fifteen years since these melancholy importations have ceased; even on the quay we fancied we saw some dark, fierce faces, which seemed branded with their too illustrious origin ...

Once leaving Australian waters he journeyed to Batavia, Djokjokarta & Boro-Boudor, Singapore, Siam, Hongkong, Macao and Canton and recounts his impressions of each place  crocodiles, volcanoes, Javanese princes and European officials, the piratical shores of Macao, a visit to the "Barracons," or office for the exportation of Chinese coolies in the same place and much more.

ALSO AVAILABLE AS AN EBOOK:
A Voyage Round the World